Prague is the capital city of the Czech Republic and is a modern European metropolis full of energy, music and art. Its stunning architecture and rich cultural and historical heritage draws millions of tourists every year. It has a highly developed infrastructure and a large variety of attractions to cater to their needs. In addition to Prague’s picturesque sights, visitors will feel quite at home as it is easy to get around with an affordable and efficient public transport system. It has a large student population because of the many educational institutions located in Prague. 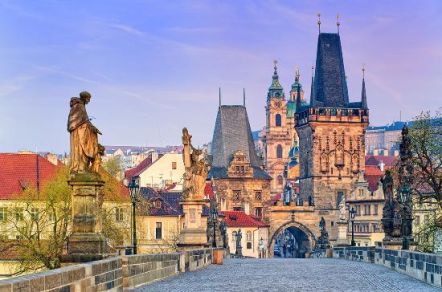 Societies and Associations are available, such as UAEM – Universities Allied for Essential Medicines. This is a multidisciplinary international student organisation that works to improve access to essential medicines and ensures research into diseases affecting people in developing countries.

Medicine/Dentistry There are three separate papers in the entrance exam; Chemistry, Biology and either Physics or Maths. The pass mark is an overall mark of 80%.

We run various preparation courses throughout the year, please see our application pack for further details.

Complete our EMUCAS Application Pack and return with supporting documents listed on the front page of the application.

Students are accepted upon successfully completing an entrance exam and interview. To be able to sit the entrance examination students should have completed 3 A Levels (or equivalent) and should have or be predicted minimum 3 grade C’s or above. Two of these A Levels must be Chemistry and Biology. Candidates should also have AS Level Maths or Physics. For those who do not meet this criteria the Medical Foundation year is available. If unsure that you meet the requirement please contact us to check.